Resolutions, Alter Egos, and Tigger, Oh my! . . . A mmM/MMonday Interview with Aurelia A Burrow 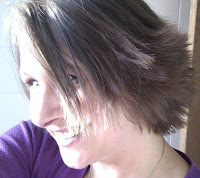 Just for reading this interview, and commenting on it, you are entered to possibly win one or two FREE books. SO DO IT! And you'll be glad you did!

Aurelia B Rowl is a contemporary romance author, aspiring young adult writer, blogger and social network addict. She also masquerades as Allie A Burrow, her raunchier alter-ego, set to hit the virtual bookshelves in March. When she hasn’t got one of her ‘writer’ hats on, she is mum to her son and daughter, aged 5 and 3 (although turning 6 and 4 next week), wife to her very understanding husband, and ‘boss’ to their 8 year-old rescue dog. She studiously ignores the housework for as long as possible, choosing to play with the kids, or spend the time either creating her own stories or losing herself in somebody else’s. Check out her websites and blogs! And also search for her on virtually every social network, cuz she's there.

Write on the Edge

Listen to internet radio with Writers Online Network0 on BlogTalkRadio

Wt Prater
Having five short stories in various states of publishing, and approximately thirty Works in Progress, Wt Prater describes writing as "his addiction". He strifes to balance his life online and the real world. Online, Wt is a blogger on Just Write and SO Gay and always looking for others to spotlight on. Partnering with Writer's Online Network (WON), he is the Executive Producer of WON Radio on BlogTalkRadio. He has active social networking on Facebook, Twitter, Fetlife, Linked In, Tumbler, Goodreads, and Meet Up. Offline, he is an Assistant Organizer of the Nashville Writer's Group, helping with both the Workshop Committee and the Promotions Committee. He also stays just as busy bouncing around in his non-profit volunteering from the GLBT community to the BDSM community and his UU church community. He also loves conventions, having lead panels at various cons including Connooga, Chattacon, OutlantaCon, Hypericon, GRL, GMX, DragonCon, and Whedonfest. More information about him and his projects can be found at www.wtprater.com plus check out Just Write and SO Gay at www.jwasg.blogspot.com